Ha Noi, 4 April 2017 – Findings from the 2016 PAPI Report, released today, show positive trends in public service delivery, particularly in the number of citizens receiving public health insurance and in the reported quality of primary schools. However, citizens are more concerned about the environment than in past years, and weaknesses remain in citizen engagement in decision-making, government accountability, and control of corruption in the public sector.

Over 14,000 citizens randomly selected from all 63 provinces were interviewed for the 2016 Provincial Governance and Public Administration Performance Index (PAPI), which assesses citizen experiences with national and local government performance in governance, public administration and public service delivery.

Speaking at the launch of the report, Kamal Malhotra, UN Resident Coordinator and UNDP Resident Representative in Viet Nam, said: “The 2016 PAPI results paint a mixed picture. On the one hand, there has been steady improvement in the performance of public service delivery over the past six years. However, most provinces can do more to improve the competence and attitude of civil servants and public employees, and enhance the transparency, responsiveness, and accountability of their institutions.”

Of the six ‘dimensions’ measured in 2016, the greatest gain was seen in public service delivery, with 35 provinces improving their scores in 2016 compared to 2011. In particular, citizen perceptions of public health quality surged due to a jump in the proportion of citizens with health insurance, from 62% in 2015 to 73% in 2016. There was also a significant rise in the reported quality of free child health care, with 32% saying that the service for children under 6 years of age was “excellent” compared to 23% in 2015. Citizens rated the quality of public hospitals highly on average, though there was a wide range in provincial scores, from 8.16 in Soc Trang to 1.9 in Gia Lai on the index’s 1-10 scale. The scores for total quality of primary schools also improved in 2016 by about 5%.

However, the trend of declining provincial performance in control of corruption in the public sector continued in 2016, with noticeable spikes in the numbers of respondents saying citizens had to pay bribes for state employment, for land use right certificates, and for teachers to pay sufficient attention to their children in public primary schools. For example, approximately 54% of respondents felt that bribes were needed in order to get a government job, up from 51% in 2015 and 46% in 2011. Reported cases of public officials diverting state funds at the local levels also increased. On a more positive note, fewer respondents in 2016 said bribery was needed to access public health care at the district level.

In response to the question about what citizens believe are the most important issues facing the country, poverty and hunger remained the top issue. However, 2016 witnessed a 10% increase compared to 2015 in the number of respondents saying the environment represented the issue of greatest concern. This is likely related to the widespread reporting of the fish death crisis in the Central Coast from April 2016 onwards, though the survey also reveals concerns about increasing air and water pollution in many parts of the country. More than 67% of surveyed citizens reported that water quality has deteriorated in the past three years, and 36% reported a decline in air quality. Jobs and employment, economic growth, the East Sea dispute, corruption, and roads were also identified as important issues.

Citizens reported significant weaknesses with political participation at local levels. Although voter turnout for National Assembly elections, as reported by respondents, increased by 2% (to 69%) compared to the most recent elections in 2011, the turnout for People’s Council members fell by the same amount.  One striking finding is that while 65% of respondents were invited to meetings with commune People’s Council delegates in 2016 and 30% attended, only 47% were invited and 17% attended similar meetings for provincial-level delegates. The results show that party members, members of political, social, professional, and mass organisations, and males are most likely to attend these pre-election meetings with candidates, while women not in the party or these organizations are much less likely to attend.

Citizens reported overall performance in vertical accountability is still limited.  In 2016, about 22% of respondents across the country said they met village heads to discuss a problem with their family members, neighbours, or local authorities, an increase of about 3% from 2015. The proportions ranged from 4% in Thai Binh to 51% in Quang Nam. For those who met with village heads, about 85% rated the meeting as successful. The numbers of citizens seeking support from commune officials and elected representatives or higher were much lower.

Results also show good progress made by all provinces in public administrative procedures. There was general satisfaction with application procedures for construction permits and personal documents in 2016. Application procedures for LURCs were rated the poorest. The PAPI findings also reveal a wide gender gap in land use signatures: nationwide 13% more men have their names on land use rights certificates than women, and in rural areas the difference is nearly 19%. This is almost entirely due to married women not signing the certificates.

The downward trend in land seizures continued: about 6.8% of the respondents reported having land taken in 2016, indicating that land seizures remained at the same general levels as in 2015 (7.4%) and 2014 (5.7%), far less than the average of 9% for each year prior to passage of the 2013 revised Land Law.

“We hope that with the 2016 PAPI data and evidence from PAPI surveys over the next five years, the Government of Viet Nam can better oversee how it moves towards ‘the government that facilitates development and serves its People,’” said Dr. Dang Ngoc Dinh, Director of the Centre for Community Support and Development Studies (CECODES).

PAPI is a collaboration between the Centre for Community Support and Development Studies (CECODES), the Centre for Research and Training of the Viet Nam Fatherland Front (VFF-CRT) and the United Nations Development Programme (UNDP). The PAPI initiative has been co-financed by the Swiss Agency for Development and Cooperation (SDC) and UNDP since 2011. The full 2016 PAPI Report and more in-depth analysis can be accessed at: www.papi.org.vn/papi. 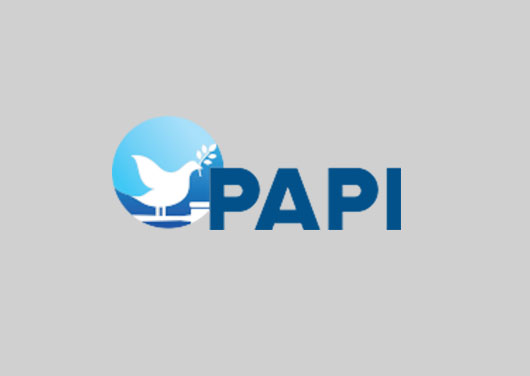 Citizens are satisfied with health insurance but concerned about the environment: 2016 PAPI Report - PAPI 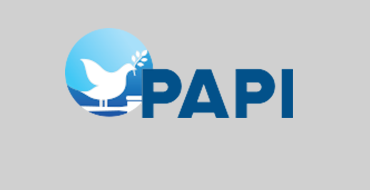